Living in Wimbledon: An Area Guide

Considering a Property in Wimbledon? Here’s What You Need to Know

Although best known among tourists as the venue of the world’s oldest tennis championships, there is much more to the picturesque, leafy suburb when you live in Wimbledon. A beautiful, green area with a range of homes on the market, houses and flats in Wimbledon benefit from being close to a variety of amenities while simultaneously offering a serene, countryside atmosphere and living space. 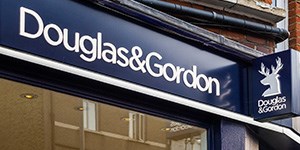 Those who own property in the area benefit from all the conveniences of urban living while enjoying a tranquil, countryside setting. Wimbledon property is surrounded by upmarket boutiques, shops and cafes, and is served by major transport links, including the District Line and Northern Line. As one of London’s leafiest suburbs, locals benefit from being close to Wimbledon Common, one of the city’s largest commons, enabling them to enjoy the best of both worlds.

Rental property in Wimbledon is in high demand among families and young professionals. With houses and flats offering close proximity to public spaces like Wimbledon Common, as well as a fantastic range of local amenities, it’s easy to see why so many people are looking for a Wimbledon property to call home. Discover more about what makes this district so desirable by speaking to a knowledgeable Douglas & Gordon estate agent.

What we love about Wimbledon

Aside from the scenic surrounds, there are plenty of things to love about Wimbledon. There are numerous shopping and dining options available, and you’ll also have easy access to great leisure and sports facilities. Wimbledon Museum, Southside House and the New Wimbledon Theatre are just a few of the cultural attractions you’ll be able to enjoy when you make a Wimbledon property your home.

Wimbledon offers a great selection of shops, bars and restaurants to suit any age group, taste or budget. The Centre Court Shopping Centre and The Broadway are home to plenty of retail chains, while Wimbledon Village offers a shopping experience more focused on independent outlets, bars, cafes and boutiques.

Wimbledon is served by both Overground and Underground railway connections (District Line and Northern Line at South Wimbledon) and numerous bus routes. Situated within London Borough of Merton, there are a wide range of doctors and dentists in the area.

Explore properties in Wimbledon with Douglas & Gordon to learn more about the local market, amenities and more.